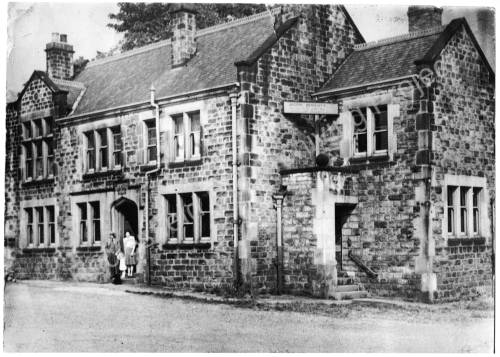 The Barrel Inn, Lane End, with Mr Joseph Draycott (landlord) and his wife and child  .The Barrel Inn is recorded in a Trade Directory as early as 1822 when Isabella Oxley was  the victualler. Trade Directories record Joel Hobson as landlord from 1839-1856 after which his wife, Sarah,  took over the running of the inn. By 1872 Martin Dickinson was the victualler, in 1893 it was Ellis Matthewman and in 1935 Edward Brearley was the landlord.