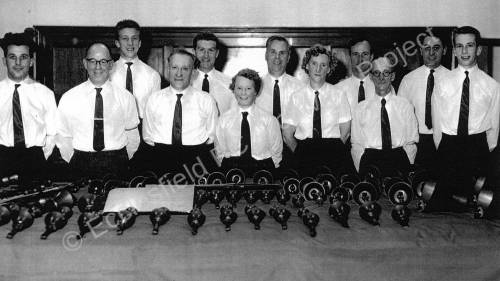 There has been handbell ringing in Ecclesfield certainly from about 1880 when Thomas Kitson formed a family team. Then in 1904 Mr Hirst, landlord of the Greyhound Inn, bought a set of 68 handbells and with a group of friends formed the Ecclesfield Handbell Ringers. In 1924 they bought a new set of 170 handbells. Girls were recruited for the first time in 1945 and in this photograph taken in 1960 Winnie Lester and Eileen Taylor represent the fairer sex. 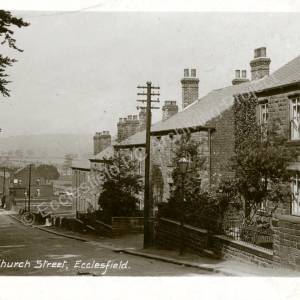 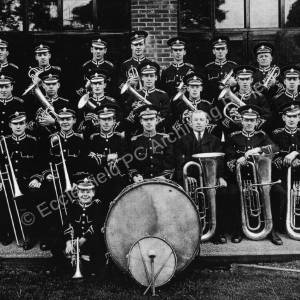